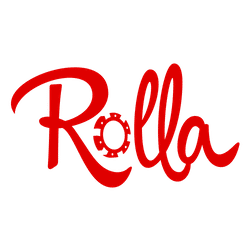 The online gambling industry sees new casino additions in the hundreds every year, and Rolla Casino is among the few that have managed to make big news after entry into the market in 2018. This gaming club is owned and run by MT SecureTrade Limited Casinos, a company renowned for its process in running gaming sites. In this Rolla Casino online UK review, assessments are given on the game collection, bonuses, and other features of the gaming club that make it select.

The game collection in Rolla Casino is as impressive as most of its other elements. The gambling destination sources its games from more than twenty online gaming providers including NetEnt, Betsoft, Microgaming, NYX Interactive, Thunderkick, and many others. The array of game developers allows the gaming site to support different game categories, and the top options include slots and table games.

Rolla online casino welcomes players to their establishment with a bonus package of a 100% matchup going as high as 100 euros. This opt-in bonus does not require a Rolla bonus code to be activated, so all punters have to do is deposit real money and claim the offer. When using and claiming the presented amount, players have to abide by some terms before withdrawing the payouts it collects. Some of these terms include:

The provision of trusted online money transfer channels is paramount to the success of any online gambling destination, and Rolla Casino does just that. Some of the options presented for gamers to use include:

Most of these options such as Visa and Mastercard can be accessed on a global scale while others like EnterCash are dedicated to specific regions. Deposits are limited to at least ten euros while withdrawals are limited to twenty euros. Unlike most casinos, Rolla does not apply a maximum cap for withdrawals, which makes it especially popular with high rollers looking to make big wins.

Out of all the methods provided for cashing out, eWallets are the fastest, taking between zero and twenty-four hours to process requests. Credit and debit cards occupy second place with a waiting period of twenty-four to seventy-two hours along with Bank Transfers. Rolla applies a twenty-four to forty-eight-hour pending period to verify the legitimacy of cash-out requests.

The license provider of a casino plays a considerable role in determining its legitimacy, especially because online gambling lacks physical interaction. Rolla Casino holds not one but three licenses, which goes to show that it has been declared capable of offering gambling services in more ways than one.

Rolla Casino does not grant access to its services to punters residing in more than fifty countries across the globe including:

The reasons for this restriction vary from one country to another. The most common is the ban on gambling, especially in religious states such as Iran and Israel. In the United States, most casinos avoid operating in the region due to the UIGEA law that makes real money gambling problematic.

Rolla Casino may be a newcomer to the online gambling business, but it is doing a great job in appealing to the new generation of gamblers. The real money games offered in its portfolio can be accessed in both free and real money versions. The demo versions can be used to learn how to play before placing real money on the line. A customer support team has been put in place to handle any questions and issues one may run into when engaging in Rolla services. Live chat is the most used due to the quick responses are given. Phone and email options are also provided.